TORONTO, May 6, 2019 /CNW/ - FSD Pharma Inc. (CSE: HUGE) (OTC: FSDDF) (FRA: 0K9) ("FSD Pharma", "FSD" or "the Company") today reported its financial and operational results for the fourth quarter and fiscal year-ended December 31, 2018. These filings are available for review on the Company's SEDAR profile at www.sedar.com. 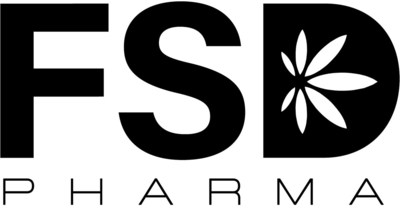 "2018 was a year of major accomplishments for FSD Pharma," said Executive Co-Chairman & Founder Anthony Durkacz, "in which we are pleased to report:

"FSD has fully complied with all Required Filings with Canadian securities regulators. It's unfortunate that we missed the filing deadline and I take full responsibility for the delay," said Dr Raza Bokhari, Executive Co-chairman & CEO. "I'm grateful to all shareholders for their patience and forbearance. We are working with a new auditing firm that started its work in the beginning of April 2019 in advance of our listing on the New York Stock Exchange and other factors were simply beyond our control. It was important that they took the time they needed to finalize the audit. I want to personally assure all shareholders and regulators that we fully realize that such delays are unacceptable and we have strengthened all internal controls and governance processes to ensure that all future filings are completed on time."

"Looking ahead, FSD Pharma continues to make progress in its efforts to being a global leader in cannabinoid pharmaceutical based treatments and will continue to invest heavily in milestone based research & development to unlock the promise the cannabinoid molecule offers in alleviating the pain and suffering of countless around the world. In addition, after receiving the sales license for medicinal cannabis in April 2019, we are tightly focused on developing a robust expansion plan at our Cobourg, Ontario facility under the leadership of Dr. Sara May. Finalizing the next phase of expansion, with drawings, a construction budget and timeline is our top priority," concluded Dr. Bokhari.

At this point in the Company's development, management continues to expend required capital on the development of its business, the continued renovation and build out of its Cobourg facility, salaries and wages for employees and ongoing operating expenses relating to the management of a public reporting issuer.

Without a sales license in place in 2018, the Company generated revenue during the year from a sublease in its facility in the amount of $86,656 (2017 - $25,943). The Company purchased its facility in November 2017 and continues to expand and build out the facility.

During the year ended December 31, 2018, the Company used net cash of $18,489,903 in operating activities (2017 - $149,865). This is due to substantially increased activity on the build out of the Cobourg facility, increasing public awareness and preparing to and applying for the numerous licenses the Company requires to produce and sell cannabis.

FSD Pharma is focused on the development of the highest quality indoor grown, pharmaceutical grade cannabis and on the research and development of novel cannabinoid-based treatments for several central nervous system disorders, including chronic pain, fibromyalgia and irritable bowel syndrome. The Company has 25,000 square feet available for production at its Ontario facility.

FSD facilities sit on 70 acres of land with 40 acres primed for development and an expansion capability of up to 3,896,000 square feet.

FSD's wholly-owned subsidiary, FV Pharma, is a licensed producer under the Cannabis Act and Regulations, having received its cultivation license on October 13, 2017 and its Sale for Medical Purposes license on April 18, 2019. FV Pharma's vision is to transform its current headquarters in a Kraft plant in Cobourg, Ontario into the largest hydroponic indoor grow facility in the world. FV Pharma intends to cover all aspects of this exciting new industry, including cultivation, legal, processing, manufacturing, extracts and research and development.

Neither the Canadian Securities Exchange nor its regulation services provider accept responsibility for the adequacy or accuracy of this release.